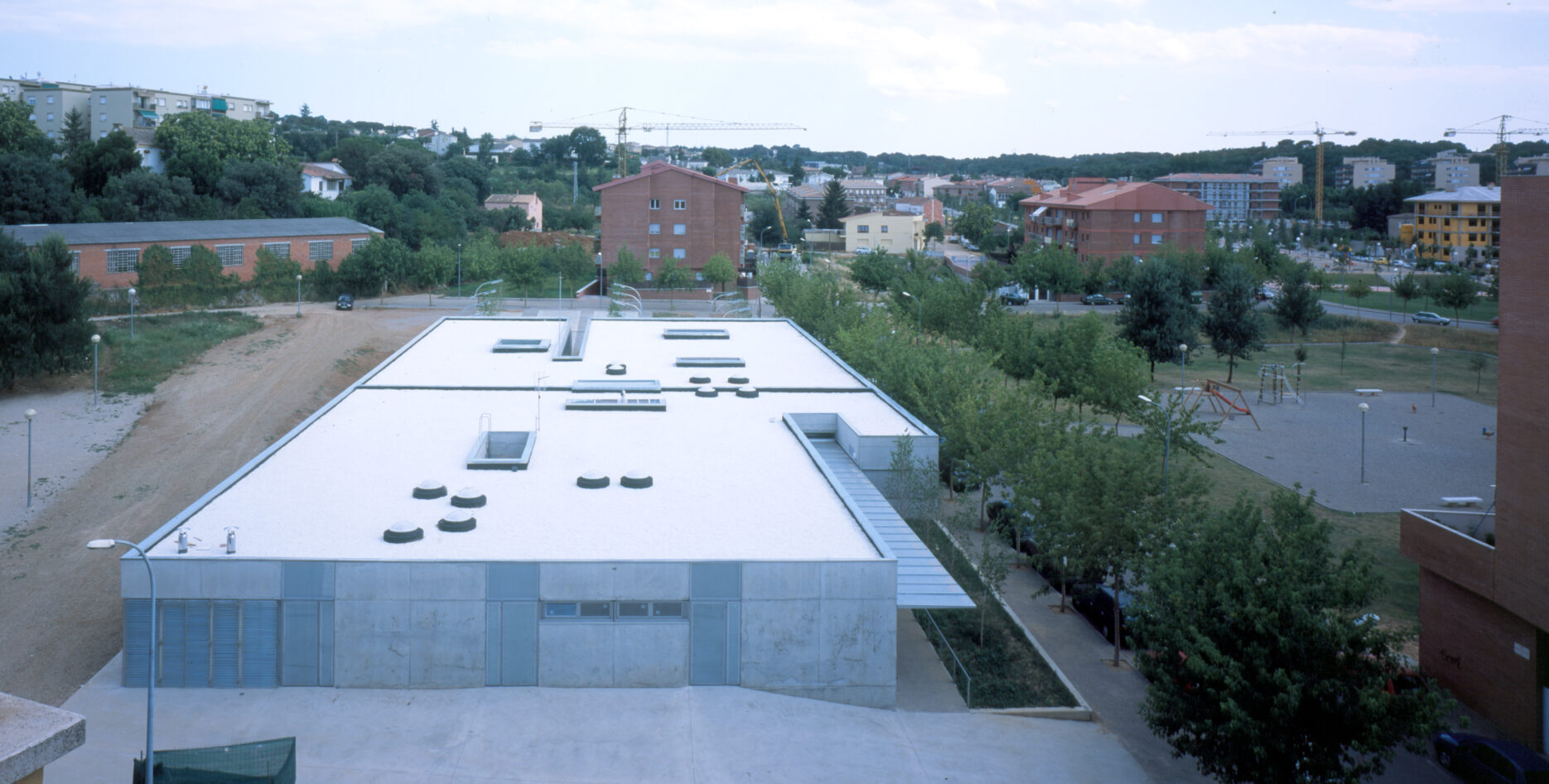 We developped a strategy to generate a new tipology for health centers and other similar programs in which corridors, classrooms or consulting rooms defined an overly rigid tipology. We propose a space with the following qualities:
-INTROVERTED, on one single floor, and INTERIOR, a compact floor plan perforated by courtyards and skylights which organize, lit and ventilate the differents pieces of the program.
-ELASTIC, where rooms are interconnected by stretching and corridors widened to form waiting rooms, thus blurring the division between circulation and waiting areas.
-FLUID, the space is organized by the movement of the visitors following different paths according to the purpose of their visit. The transition from one room to the other is done gradually along diagonal paths. To access a given area of the program one has to cross rooms, not corridors. Lightwells function as attractions and different coloured compact panels define geographically (more than grafically) each waiting room.
-FLEXIBLE. The basic 3,15 wide x 5 m long module of the consulting room organize the program into 5 rows spaced 1,60m apart by visual strips appearing like corridors but actually melted togheter with the waiting rooms. Program pieces are interchangeable, and thus the project remains flexible and adaptable to the different programmatic requirements throughout the supervision process and during future modificacions (rooms divisions are made of gypsum boards).
-CONVERTIBLE. Sanitary services are isolated in order not to interfere with future redistribution. The d.150mm metal columm structure is independant from the interior divisions. The alternate disposition of the columns on each side of the corridor avoids narrow stretches, unavoidable if they were to coincide.
-POLICENTRIC. It is a space without center or hierarchy, made up of solids (program, consulting and private rooms) and voids (collective space, exchange), open and with possibility for growth and change.
-SECTORIZED. The building is organized in such a way as to fraction its use according to different time schedule. Thus, programs such as emergency and sanitary education can remain open 24 h while the rest of the building remains closed.